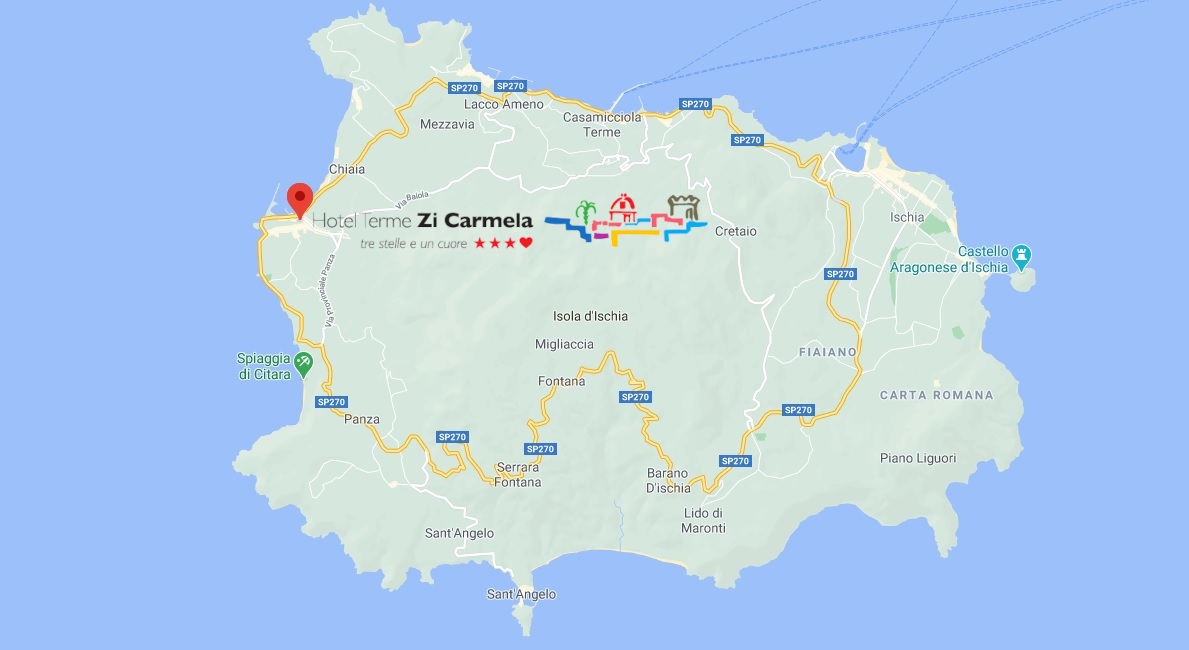 Ischia is the largest of the Neapolitan islands, located in a desirable area of the Gulf of Naples.

Of the six municipalities that make up the island, Forio is one of the most beautiful; it extends along the western part of the island, the full length of the region touches the sea, and it has a dormant volcano, steeped in legend and history. Mount Epomeo towers above the area, lush and scattered with extraordinary vineyards.

Currently Forio’s economy is fundamentally driven by tourism, thanks to the beauty of its beaches, the famous thermal parks, and the lush vineyards.

Wine produced in the area is renowned due to favourable climate conditions that make Forio a true “island within an island”, and an unforgettable place.

How to get around

By foot, by bicycle, because Ischia is a rather large island (about 80 km of road), it is best to only travel by foot in the urban centres or enjoy relaxing walks and hikes throughout the country.

During the busy season, the roads can become congested by traffic; bicycles are not recommended during this period and are better for short local rides.